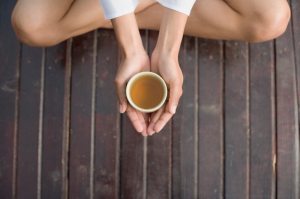 In recent years, a number of studies have found significant links between an individual’s oral health and his or her overall health. Researchers have discovered that poor oral health can increase a person’s risk of developing a number of chronic disease, including heart disease, diabetes, obesity, and even some forms of cancer. Because of the potential risk of developing any of these serious health concerns, maintaining and improving your oral health has become even more important in light of this new information. Please read on for the latest info from your choice for cosmetic dentistry in Eugene, Oregon: North Eugene Family Dental

While the American Dental Association recommends brushing for at least two minutes twice a day, flossing at least once a day, and scheduling regular dental checkups and cleanings as part of practicing quality oral hygiene, there are a few other steps you can take to help protect your oral and overall health. One unlikely avenue for improving oral health may be to drink more tea, according to a new study.

Drinking tea may help fight cavities, according to a new study conducted by researchers at the University of Illinois College of Dentistry. The group believes that black tea and its components improve oral health by interfering with harmful oral bacteria called plaque that contributes to the development of tooth decay and gum disease. The results of this recent study were reported at the 101st General Meeting of the American Society for Microbiology held in Orlando, Florida.

In the last couple of years, a lot of attention has focused on the health effects of green teas. Earlier studies conducted by scientists in Japan have suggested that drinking green tea could lead to a reduction of cavities in humans, explained researchers involved in the current study. However, less attention has been focused on the positive effects of drinking black tea, the more popular variety of the beverage in the Western world, and 80 percent of tea consumed worldwide is black tea.

Researchers discovered that compounds found in black tea were capable of killing or suppressing growth and the production of acids by cavity-causing bacteria found in oral plaque. Black tea also impacts the bacterial enzyme glucosyltranferase, which is responsible for transforming sugars into the sticky substance that plaque use to adhere to the surface of teeth. Additionally, certain types of bacteria found in plaque, when exposed to black tea, lose their ability to form in a clump with other plaque bacteria, thereby reducing the total amount of plaque that amasses in a individual’s mouth.

One study conducted by researchers discovered that when test participants rinsed with black tea for 30 seconds five times every three minutes, plaque bacteria stopped growing and no longer produced harmful acid, which results in the breakdown of tooth enamel and causes cavities. The results of this study back up an Earlier Swedish study that found rinsing with black tea dramatically reduced the build-up of plaque.

Researchers concluded the presentation by stating their belief that drinking black tea could be a significant means of improving oral health and reducing cavities. So the next time you need a jolt, considering drinking a cup of black tea instead of coffee. Your oral health will thank you.